The Gourmands' Way: Six Americans in Paris and the Birth of a New Gastronomy (Hardcover)

A Publishers Weekly Best Nonfiction Book of 2017 and a Christian Science Monitor Best Book of 2017. Winner of the Gourmand World Cookbook Award in Culinary History.

"The broad outline of Spring's thesis is so persuasive, the details so evocative (not to mention mouth watering), that anyone interested in the evolution of cooking in America will find The Gourmands' Way informative and indispensable." —Wendy Smith, The Boston Globe

A biography of six writers on food and wine whose lives and careers intersected in mid-twentieth-century France.

During the thirty-year boom in France following World War II—les Trente Glorieuses—Paris was not only the world’s most stylish tourist destination, it was also the world capital of gastronomic genius. In The Gourmands’ Way, Justin Spring tells the story of six American writer-adventurers having the time of their lives in the City of Light during this period and, in doing so, transforming the way Americans talk and think about food—and the way they eat.

The six are A. J. Liebling, Alice B. Toklas, M.F.K. Fisher, Julia Child, Alexis Lichine, and Richard Olney. The Gourmands’ Way is the first book ever to look at these unforgettable figures as a group. It is also the first to focus specifically on their Paris-based adventures. Liebling was a great war correspondent, reporter, and humorist who opens Spring’s narrative by sweeping into Paris with the French and Allied forces in August 1944; Toklas was Gertrude Stein’s life partner who reinvented herself at age seventy-five as a cookbook author; Fisher was a sensualist storyteller and fabulist; Child was a cookbook author, America’s greatest television food celebrity, and the reinventor of the dinner party; Lichine was an ambitious wine merchant who, through an astounding series of risk-taking ventures, became the leading importer of French wines in America; and Olney was a reclusive but freewheeling artist who reluctantly evolved into one of the foremost American writers on French cuisine and French wine.

Justin Spring focuses on the most joyful, exciting, formative, and dramatic moments of these six lives, many of which were intimately connected to the exploration and discovery of fine French food and drink—whether they experienced it at top Michelin-starred restaurants or straight from a hot plate in an artist’s garret. The Gourmands’ Way leads us through both the fabled world of haute cuisine and the vibrant bohemian and artistic haunts of the Left Bank during the 1950s. Intimate, anecdotal, and beautifully researched, The Gourmands’ Way is an eye-opening exploration of the rich, storied annals of mid-twentieth-century Franco-American culinary history.

Justin Spring is a writer specializing in twentieth-century American art and culture, and the author of many monographs, catalogs, museum publications, and books, including Secret Historian: The Life and Times of Samuel Steward, Professor, Tattoo Artist, and Sexual Renegade and Fairfield Porter: A Life in Art and Paul Cadmus: The Male Nude.

One of Vulture's 8 Books You Need to Read This October

"Spring tells the larger story of 'the birth of a new gastronomy' vividly and well . . . The broad outline of Spring's thesis is so persuasive, the details so evocative (not to mention mouth watering), that anyone interested in the evolution of cooking in America will find The Gourmands' Way informative and indispensable." —Wendy Smith, The Boston Globe

"[Justin Spring offers] us an entirely new perspective on a group of people we thought we knew . . . He is, at heart, an obsessed biographer who seems to have left no diary unopened, no letter unread, no manuscript unscrutinized.” —Ruth Reichl, The New York Times Book Review

"Mr. Spring does a superb job of painting detailed portraits of his six protagonists. He has packed an enormous amount of material into this book, which is erudite, gossipy, entertaining and eminently readable." —Moira Hodgson, Wall Street Journal

“[The Gourmands’ Way] is both a critical and highly entertaining chronicle . . . Weaving his way through their intriguingly intersected paths, Spring brings each of his six subjects (as well as a fair share of colorful side characters who orbit them) to life with psychological insight and a sharp focus on historical context, backing up his findings with meticulous, near-forensic research.” —Daniel Isengart, Slate

"A deeply researched and vividly entertaining exploration of the lives of these six figures--some legendary, some lesser known--who together laid the foundation of America's relationship with French cuisine during the 30 years of French cultural and gastronomic flowering that followed the end of World War II . . . Gourmands is a book for gourmands, of course, but also serves as an expertly told introduction, and launchpad for further exploration, into these six seminal influences on our way of eating." —Steve Hoffman, Minneapolis Star-Tribune

"On all counts [Justin Spring] succeeded—clear, confident, witty prose supported by robust research carries the day in this absorbing work . . . You'll be introduced to a world of food writing you might not already have read—a beautifully written book about books is a fine way to branch out and continue dining on stories of great food and drink." —James Norton, The Christian Science Monitor

"Engrossing . . . For the serious student of gastronomy, this book is part academic tome, part gossipy treatise, part anthropological monograph of a rarefied little world that no longer exists. Spring does a masterful job of getting all the details straight." —Thad Carhart, Newsday

""Riveting . . . Spring's critical acumen and use of research help him achieve much more than the standard celebratory portraits of beloved figures . . . I read The Gourmands' Way with constant interest, and I read it slowly for its many delicious details and astonishing backstories." —Alice Kaplan, Bookforum

"[Spring's] writing is lively, often witty, as [he] uses the intersecting lives of his six subjects to take us on a journey through a long-gone time that lives on in contemporary American food culture. Think eating locally, seasonally, and sustainably is trendy? This is where—and when—it all began." —Patricia West-Barker, Santa Fe New Mexican

"Well-researched, fun, and beautifully written . . . Mr. Spring weaves the lives of his subjects into a larger narrative that is surprisingly lively and engaging . . . A loving portrait of food obsession and the people who liberated American cuisine from its provincial doldrums." —Kurt Wenzel, The East Hampton Star

"Stunning . . . A thoroughly researched account of how Americans fell in and out of love with French cuisine and cooking . . . A literary meal both luscious and lively—and essential to understanding our vacillating love affair with the French." —Kirkus (starred review)

"An entertaining look at a half-dozen American writers and enthusiastic eaters . . . Spring juggles all six of his subjects' stories ably, treating them with affection while dispensing criticism where appropriate . . . His accounts of the publishing experiences of his subjects, including Alice B. Toklas’ comically horrifying collaboration with the author of The Can-Opener Cookbook, are particularly fascinating." —Booklist

"A well-crafted and entertaining book in which readers will constantly find something new to think about or discuss, particularly at the dinner table." —Library Journal

“In The Gourmands’ Way, Justin Spring brilliantly recounts the French odyssey of six remarkable Americans during the extraordinarily creative 30-year period from the end of World War II to the mid-1970s. So different and yet so similar, these heroes of mine—writers, gourmands and adventurers who were passionately curious about French cuisine, wines and lifestyle—immersed themselves in the culinary culture of Paris." —Jacques Pépin

“I recommend this book to anyone interested in gastronomy, but also in the idea of self-transcendence (no less), which is what I think the six protagonists were seeking and, in some cases, achieved. The Gourmands’ Way is an ideal match of subject and author: Justin Spring's knowledge of gastronomic culture is exhaustive, his storytelling skills unerring, and his grasp of human essences (for better and for worse) exquisitely exact. A splendid exploration of the good life.” —Blake Bailey, author of Cheever: A Life

“Any American who has eaten at a French restaurant or had a glass of French wine with dinner, anyone who has used a recipe by Julia Child, peeked at Alice B. Toklas’s cookbook, or loved M. F. K. Fisher, will be delighted by this book. It explores a lovely and undiscovered land with fascinating secrets, the world of the Francophile foodies. Perfectly paced, full of information yet intensely readable, The Gourmands’ Way defines a tradition of distinctively American hospitality, and that is a life-enhancing gift.” —Phyllis Rose, author of Parallel Lives: Five Victorian Marriages

“Justin Spring explores six Americans that were fascinated, and fueled, by French cuisine. The Gourmands’ Way delves deep into their gastronomic lives, which had a profound effect on how we now cook and eat in America today. This book brims with revelations and delicious drama; a fascinating story that any food lover will completely devour.”—David Lebovitz, author of L’Appart and My Paris Kitchen

“In The Gourmands’ Way, Justin Spring makes superb use of unpublished material and brilliantly portrays the experience of these post-World War II gastronomic pioneers. The desacralization of M. F. K. Fisher is priceless by itself. The real hero, Richard Olney, seems the least likely at the outset. This is a hard book to put down.” —Paul Freedman, author of Ten Restaurants That Changed America

“A brilliant, informative and entertaining study of the cultural dialogue between American and French gastronomes in the years following World War II. The charm of Justin Spring’s book comes from the light touch with which he brings to life the literary and political background of the postwar years in France, his impeccable knowledge of all things culinary, and his talent for ferreting out the most telling and amusing anecdotes.” —Anka Muhlstein, author of Balzac’s Omelette 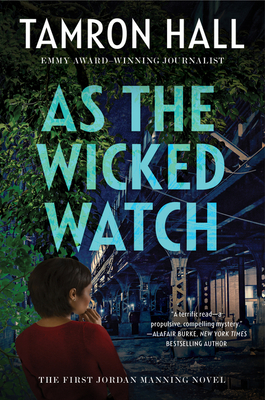 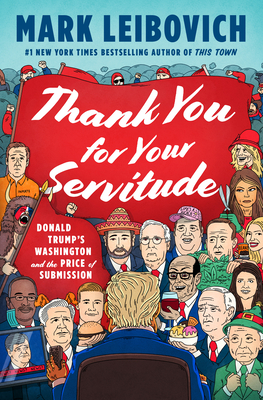